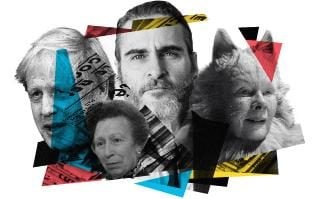 The Chinese government is supporting and advocating the development and application of blockchain technology in different industries. The projects we have implemented show that the local governments are encouraging the utilization of the government data through blockchain technology. You might have heard the news a couple of years ago about China’ssocial creditsystem. At this stage, the project is being tested by the Chinese giants –Alibaba and Tencent.

The BitIndia wallet aspire to become an essential part of daily routine activities such as buying groceries, paying bills or dining at a restaurant; while using cryptocurrencies as a medium of exchange. BitIndia exchange will let its users to trade on essential cryptocurrencies with the Indian currency.

The Key is a NEO-based decentralized identity platform powered by blockchain technology, basically offers identity verification tools like Civic(CVC) and SelfKey (KEY) projects. When the platform is ready (in your case, it’s TheKey), you send your tokens on it and the game is done. They plan to use their ICO for TKY tokens to raise funds to migrate the platform to blockchain technology. A pre-ICO is taking place from October to December 2017, with a general ICO scheduled for February 2018. All the participants of THEKEY ecosystem, Validators including THEKEY, Users as well as Service Providers, will use TKY token as indicated in our White Paper.

However, they also see potential in blockchain technology. THEKEY, found online at THEKEY.vip, is an identification verification (IDV) tool in active development.

The company is developing an identification verification (IDV) tool that it says will be undeniable and unalterable, giving users an immutable identity verification system they can use in all aspects of life. For users to want to use TheKey, there must be some incentive. As of now, it is unclear whether there will be any cost savings passed to customers as a result of this identity verification technology. The company behind THEKEY was first formed in 2014, and they’ve already collected the PII data of 210 million people in 66 cities.

The first generation solution is already in use in two cities in China for mobile social insurance, meaning that users can receive their pension or healthcare insurance reimbursements. The team is deploying this first generation solution in another 41 cities, covering over 130 million people. TKY derives value from the process of data disclosure, validation and exchange that occurs within the system. Individual Users will hold TKY to pay Service Providers whenever identity verification is necessary. In this manner, each party within the ecosystem has an incentive to accumulate and spend TKY.

Bitindia is a cryptocurrency exchange and wallet for the streets of India. BitIndia will be bringing an open source platform which empowers the users to have secure transactions and hold the private keys of the cryptocurrencies on the Blockchain nodes. The BitIndia wallet will transform the current structure and concept of crypto wallets. While BitIndia wallets aims to make blockchain mainstream in India, the BitIndia exchange will let any layman to buy, sell and understand cryptocurrencies in the easiest and fastest scam free platform ever designed.

THEKEY will co-establish a smart economy which consists of digital asset, digital identity and smart contract together with NEO. Focusing on identity verification, THEKEY will be the fundamental element of the whole system. The compatibility of NEO towards multi- programming language and the lightweight, high concurrency and expansibility of NEOVM will facilitate THEKEY smart contract development and popularization in various industries. THEKEY is a project that seeks to create an identification verification (IDV) tool on the blockchain.

The IDV tool has reportedly been deployed for mobile social insurance in two pilot cities where people can receive payments for pensions or healthcare insurance reimbursement. All in all, THEKEY is delivering a sophisticated ICO campaign that serves the growing needs of a digitized world—much like any other ICO such as Hamster, Storiqa, Hade, Flying Money, Havven and Amon. Looking at it with a positive vision, this project may be one of the most significant innovations to take the crypto world by storm. The development team behind this crypto project is taking all the PII fragments from reliable government sources and placing them on a powerful blockchain. By doing so, this network is also developing a robust ecosystem where validators, users, and service providers can easily and quickly interact with each other.

I would like to emphasis that since every aspect of life is in need of identity verification, like security check, access permission, medical treatment and shopping etc. I believe that utility of TKY token will be extremely high. The idea behind it is to provide an IDV platform that allows service providers to access and verify a user’s identity (with the user’s permission) and provide the relevant services based on that. TheKey is also linked with governmental entities, which already hold much of the relevant Personal Identification Information (“PII”).

So if you are still blowing hot and cold about this project, then it is always good to remember that the company behind it had already created related programs that have delivered tangible results. THEKEY has zeroed in on this need very carefully by developing a decentralized identity platform powered by blockchain technology.

The tool is already available today – although it’s not built on the blockchain. The ultimate goal of THEKEY is to create a decentralized ecosystem of identity verification tools using data collected directly from government sources.

This will not only promote various cryptocurrencies in India but also promote blockchain technology globally. THEKEY is a decentralized identity ecosystem that works as a verification tool using big data and blockchain technology. TheKey is a decentralized ecosystem of an identity verification tool, which uses national big-data and blockchain. THEKEY Project is developing a second-generation IDV solution for the internet via BDMI technology.

The project seeks to create a blockchain-based verification system using personally identifiable information (PII) that is exclusively authorized by government authorities. THEKEY is a project already sporting significant support. It has been working on solidifying its positions well before the token raise was launched. This certainly helps understand THEKEY is not just a short-term project made as a quick money-grab for its owners. The platform already has data from hundreds of millions of people, and the pilot project of the identity system was launched in China’s cities of Kaifeng and Jiaxing.

(BDMI “Blockchain based Dynamic Multi-Dimension Identification”). THEKEY is a dapp on NEO, and it’s also an indispensable element of the NEO Smart Economy. With NEO technical support, THEKEY and NEO will provide better protection to your digital asset.