The DFINITY Foundation is building the Internet Computer’s genesis state, which contains initial “dfinity” token allocations and other critical data necessary for network launch using smart contracts hosted on Ethereum. When the DFINITY client software is ready it will create the Internet Computer network by scanning those contracts and effectively booting off the Ethereum network. We believe the network token allocations recorded in these contracts represent part of our network even though the network does not yet stand independently.

The Internet Computer is on track to become a critical piece of the future technology stack. This is groundbreaking and a real testament to Dominic and the incredible team at DFINITY.” said Chris Dixon, partner at a16z crypto. For reasons I expand on in following sections, raising funds by running a traditional “ICO” is not in the best interests of the project, even though we would very much like to please the crowd and run one. Nonetheless, we still want to increase the distribution of dfinity tokens before the network launches — whereupon we expect dfinity network tokens to become more widely distributed via third party exchanges. We have determined that the best way forward is to perform an airdrop where participants must submit to KYC and AML processes.

The very beginning of the project originated in 2015 with the idea of how randomness from cryptography could be used to create a blockchain computer with unlimited capacity and incredible performance. As time went on, support for the project grew and a not-for-profit Swiss foundation, DFINITY Stiftung, was created in 2016. Seed funding followed shortly thereafter, raising $4.2 million which were received mostly in bitcoin and ether. DFINITY is building a new kind of public decentralized cloud computing resource. 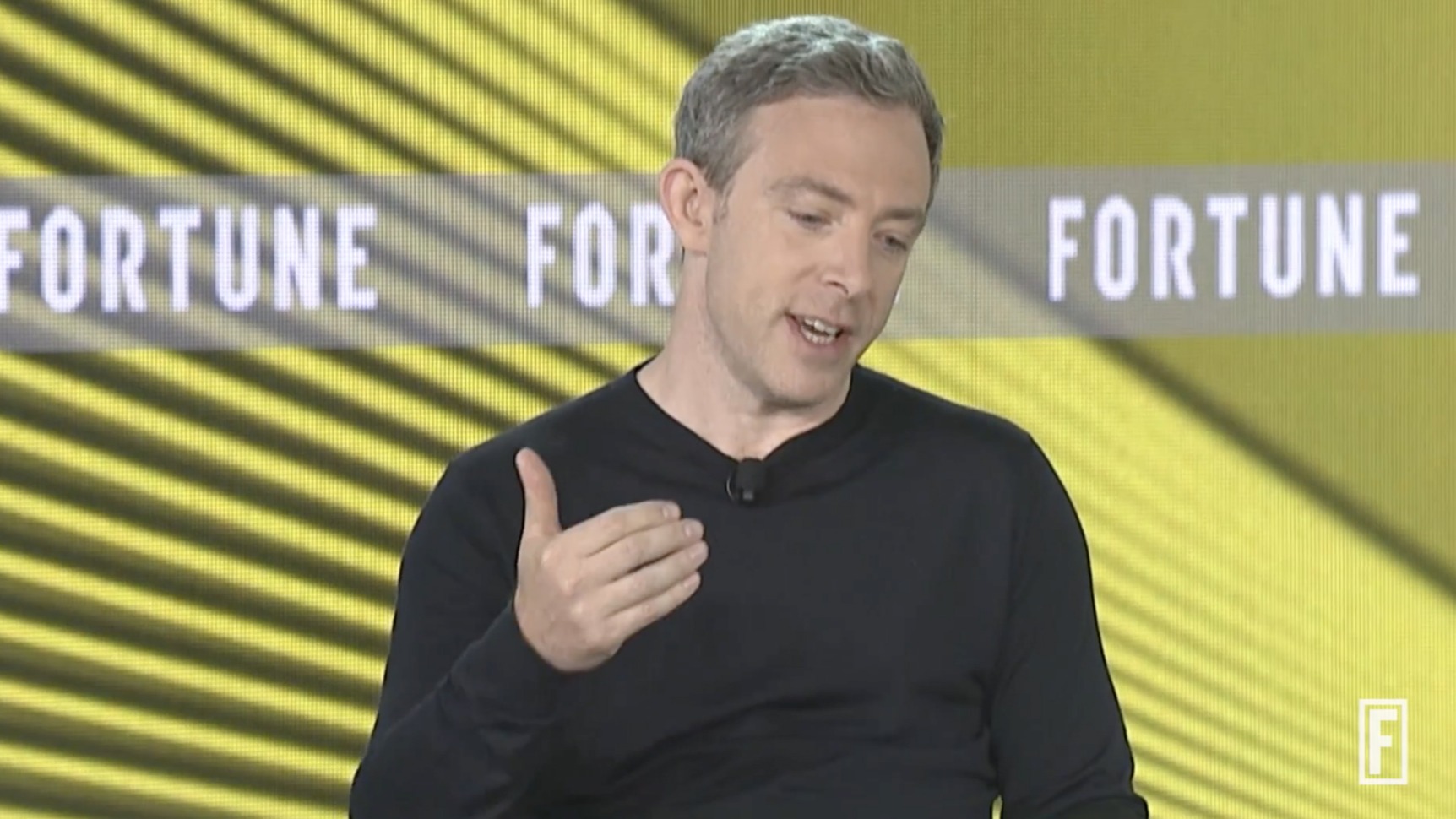 It was done at the end of the May, between community members, with preference given to the earliest supporters. Also, before airdrop, Dfinity run a closed presale for limited circle. As it goes now, there is no information about crowdsale of DFN tokens. Tokens are available, but not tradable – coinmarketcap doesn’t mention it.

This rests upon a new blockchain computer that is similar in concept to Ethereum but has vastly improved performance and, ultimately, unlimited capacity. Business applications running on this computer will be unstoppable and won’t need to involve complex components such as databases, backup and restore systems or Amazon Web Services, allowing costs to be cut by 90% or more by reducing the supporting human capital required. Dfinity is one of the most large-scale and ambitious projects we’ve seen.

Considering the top team and funds they already raised, Dfinity is going to become one of the loudest blockchain-based projects. Their main challenge is in the existing competitors, so they have to be in a hurry to develop the system as soon as possible. Enterprise IT systems running on this computer will be unstoppable and won’t need to involve complex components such as databases, backup and restore systems or Amazon Web Services, allowing costs to be cut by 90% or more by reducing the supporting human capital required. DFINITY is mitigating the situation by running an airdrop and limiting the tokens disbursed in private fundraises before network launch.

When the network launches, its “genesis state” will contain initial allocations of dfinity tokens used to mediate participation. The foundation is responsible for defining the official genesis state. “We are excited to back DFINITY’s Internet Computer and their vision to host the world’s next generation of software and services on a public network.

As the world began to understand the true power of smart contracts, the value of ETH network tokens appreciated dramatically generating tremendous excitement around the world regarding decentralization technology and ICOs — and a new paradigm was born. The remaining 90.5% then became an “endowment” to be used funding operations and incentivizing the best talent. Back when the DFINITY project had a lower profile —before the ICO craze began — the foundation ran a “Seed” round that disbursed 24.72% of the tokens. Recently, a widely reported “Strategic” round negotiated in the fall of 2017 completed that disbursed another 6.84% of the tokens. We now are selling another 4.75% of the tokens in a “Presale” round, and will also airdrop another 1.25% to select community members.

Nevertheless, a conservatively minded securities regulator might well argue that they are in fact investment contracts that investors are buying because they expect them to have value once the network has launched (and they more clearly become network utility tokens). While the Internet Computer platform itself will be easily accessible by developers and users of its applications, the underlying requirements of the systems involved are highly complex to design and implement. For example, we recently described our Threshold Relay and Probabilistic Slot Consensus blockchain protocols in the first of a new series of white papers. Those novel protocols produce a “random beacon” and blockchain system that greatly outperforms other designs with respect to finalization speed and security (as demonstrated last October). The DFINITY Foundation was created to progress development of our “Internet Computer” technology and create Cloud 3.0 from an open decentralized network.

“Decentralized cloud” foundation Dfinity announced its token distribution plans last week, and revealed in a statement that it will give away 35 million Swiss francs (about $35 million) worth of its DFN tokens to “hundreds of thousands” of community members. The company, which purports to be a “blockchain computer with unlimited capacity,” will launch its network later this year with the aim of staking a claim in the already competitive market of aspiring blockchain cloud computing services. The DFINITY team is very pro Ethereum, which helped light the way towards the “blockchain computer” concept. Ethereum was funded by one of the first successful ICOs and demonstrated how funds can be raised from a wider community of enthusiasts in a way that allowed smaller investors to contribute towards an exciting technology project in the earliest stages.

Recipients will be able to use their tokens to start experimenting with the platform and developing applications as soon as the network goes live. Dfinity had plans to run an ICO in 2018, but due to more strict government regulations this idea was counted as impractical. That’s why Dfinity project decided to widen distribution of network tokens by an airdrop of DFN worth up to 25 million swiss francs.

Imagine a world where developers just write code onto the internet

We look forward to ICOs becoming a better option for exciting projects in the future as the regulatory environment becomes clearer, and support other projects who continue to responsibly apply the mechanism. These opposing perspectives each have their own merits and the nuanced arguments would require tens of thousands of words to explore properly. While we and project fans justifiably feel this is deeply unfair, many already agree the project is too important to risk distracting.

This will leave the foundation with a very substantial token endowment. The organization must do much more than R&D — it must also support the live network in a way that makes it a better platform solution. Our vision involves the Internet Computer eventually hosting millions of traditional and decentralized business systems (AWS, for example, recently passed 1M customers). We believe the concept of a handful of developers creating such a platform by simply releasing a blockchain protocol with supporting software is wholly unrealistic, or at the least very sub-optimal.

Unlike other nascent blockchain projects, Dfinity has not carried out fundraising on the ethereum blockchain, meaning it has not sold ERC-20 tokens as “placeholders” until it launches its technology in full. As such, KYC/AML verified community members must wait for the network activation to receive their tokens.

As they say about themselves, Dfinity is an “exciting new extension of the Ethereum ecosystem that will make it much, much stronger”. It’s a network for DApps, including those that can be run on Ethereum, with such benefits as extreme performance, unlimited scalability, interoperability, etc.

The Dfinity blockchain project has big aspirations for the $61 million it raised from Polychain Capital and Andreessen Horowitz today. The company wants to create a new, decentralized cloud — a “cloud 3.0” — that will cut the costs of running cloud-based business applications by 90 percent and upend the current cloud services model led by Amazon and Google. Businesses relocating their enterprise IT to DFINITY will receive massive benefits in terms of cost-cutting expenditures, which will then encourage Open Decentralized Business Infrastructures (ODBIs). ODBIs should be thought of as shared business infrastructure components that can be introduced into business system over and over again, much like reusable software parts. DFNITY is a company with origins long before the current crypto craze.

Analysis of ChainLink ICO – Decentralized Oracle Connecting Blockchain with Outside Data
SophiaTX ICO review, all information about token sale SophiaTX
What is dock.io? The Decentralized Professional Network That Gives Data Back to Its Users
Refereum ICO Review
Binance confirms it is delisting five cryptocurrencies, including SALT