In 2015, Estonia announced its partnership with the project in order to transfer all of its notarial system onto blockchain technology. Recognized as a ground-breaking organization for decentralized governance services and citizenship, Bitnation is delivering concrete solutions for real-world problems. Bitnation is the organization that is building world’s first Decentralized Borderless Voluntary Nation (DBVN) – the Pangea Blockchain Jurisdiction.

What People Say About Bitnation

A post-Nation State world of Voluntary Nations, City States and Autonomous Communities which compete for Citizens by providing a range of opt-in governance services. In our world sovereignty shifts decisively from the State to the Citizen, and humanity reclaims freedom of choice when accessing governance services. To outcompete Westphalian sovereignty we need to provide a credible alternative to the nation state’s core function – its raison d’etre – the provision of security and jurisdiction. The only way to outcompete nation states is by providing better, more secure, faster, cheaper and peer-to-peer alternatives for these services.

We will prevent perpetual war by empowering a world of voluntary nations to compete for Citizens by offering more and better governance services. Violence has been the inevitable outocme of attempting to impose a one-size-fits-all governance model through the use of force. We are creating precedents for a beautiful universe of where millions of entities bloom, one for each and every lack and desire. Citizens who contribute significantly to Core functions of the DBVN (such as creating technology, building and supporting community, financing and providing governance services) at certain points in time. Typically, a Core Contribution is reflected as a variable stake in the DBVN multisignature decision making mechanism, so that Citizens who provide work and resources to the DBVN have a proportionate say in decisions concerning governance and infrastructure.

The Internet of Sovereignty

In return, the autonomous participants will get citizens applying for the various government services offered on the platform. This will be possible through the Pangea software and PAT tokens that will be used to operate the network.

Pangea is a decentralized jurisdiction for the peer-to-peer creation of voluntary nations and making and arbitrating solemn agreements. The Pangea frontend is built as an intuitive mobile chat application, while the backend is a mesh network which can be configured to communicate with any blockchain to create and execute smart contracts.

Bitnation is here:Install the Pangea Jurisdiction

Bitnation started in July 2014 and hosted the world’s first blockchain marriage, birth certificate, refugee emergency ID, World Citizenship, DBVN Constitution and more. Bitnation Pangea wants to be the world’s first blockchain powered Virtual Nation, able to provide all services that traditional governments provide and replace the nation state system with a voluntary form of governance. Bitnation’s ultimate aim is to create a new world where everyone can choose the nation they prefer, several nations, or none at all, and even create their own nation on the Bitnation platform. With the release of its blockchain jurisdiction, Bitnation is creating a user-friendly infrastructure for the Governance 2.0 revolution.

The Pangea Software is a Decentralized Opt-In Jurisdiction where Citizens can conduct peer-to-peer arbitration and create Nations. Pangea uses the Panthalassa mesh, which is built using Secure Scuttlebutt (SSB) and Interplanetary File System (IPFS) protocols. This enables Pangea to be highly resilient and secure, conferring resistance to emergent threats such as highperformance quantum cryptography. Pangea is blockchain agnostic, but uses the Ethereum blockchain for the time being. In the future, other chains such as Bitcoin, EOS and Tezos can be integrated with Pangea. 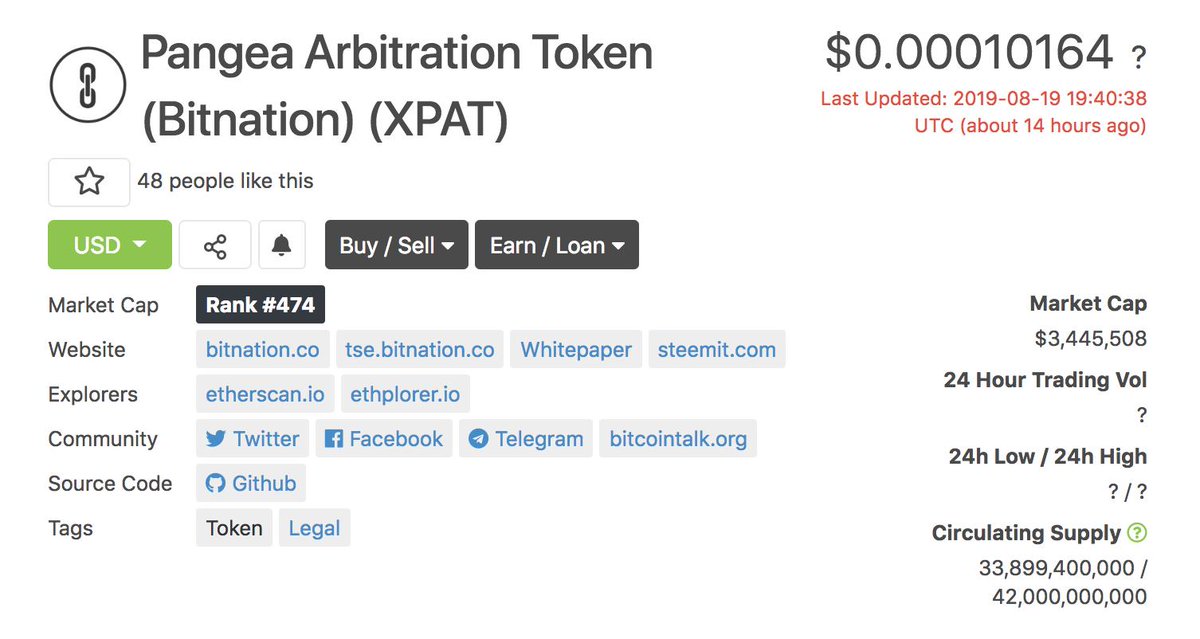 “Voluntary Nations must provide better, more secure, faster, cheaper, and peer-to-peer alternatives for these services. In other words, the global Westphalian oligopoly needs competition from decentralized, borderless, and voluntary jurisdictions. So how can we build a governance model that reflects current social and economic reality? 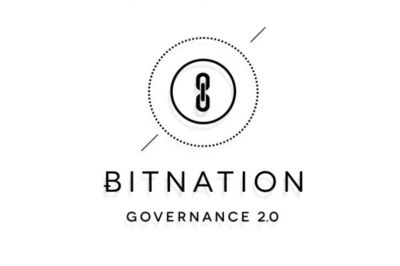 , a proof-of-concept Decentralized Borderless Voluntary Nation (DBVN), is an open source movement that is providing a platform for people to become a citizen of any nation through a smartphone application. In the real world individuals are forced to compete with each other in order to achieve their desired governance outcomes. With Bitnation’s Pangea software, a Decentralized Opt-In Jurisdiction, citizens can create nations, join voluntary nations on the Ethereum blockchain, and conduct peer-to-peer negotiations. It is aiming to reduce competition between citizens and increase competition among nations for citizens to improve the quality of governance. The idea is to create Nations on its blockchain platform by rewarding participation; Voluntary players who might be cities or countries will provide governance services within the network.

In other words, the global Westphalian oligopoly needs competition from decentralised, borderless and voluntary (opt-in) governance services. Through this process the nation state will fade away as it becomes increasingly irrelevant to ensuring our peace and protection.

Pangea is a secure mesh network forming a distributed web, accessed through a smartphone-chat user friendly interface. Blockchain agnostic smart contract functionality powers the Pangea Jurisdiction, currently implemented with Ethereum. Create and execute peer-to-peer agreements seamlessly across the world, resolve disputes fairly and efficiently. On Pangea you can create your own Decentralised Borderless Voluntary Nation (DBVN). Choose your Code of Law and Decision-Making Mechanism, write a Constitution and provide Governance Services to Citizens.

On Pangea users, arbitrators and smart contracts can build reputation and are rewarded for fulfilling contracts and resolving disputes with Pangea Arbitration Tokens (PAT). The ultimate goal of Bitnation is for optional VNs to replace the traditional nation-state model, dismantling borders and essentially creating a new world. Bitnation is the world’s first Decentralised Borderless Voluntary Nation (DBVN). The website proof-of-concept, including the blockchain ID and Public Notary, is used by tens of thousands of Bitnation Citizens and Embassies around the world. Bitnation is the winner of UNESCO’s Netexplo Award 2017, and has been featured by the Wall Street Journal, Bloomberg, BBC, CNN, WIRED, VICE, TechCrunch, The Economist, Russia Today among many others.

Applications are already being built to run on Bitnation’s blockchain jurisdiction to provide extra peer-to-peer governance services. Bitnation is expecting many more to emerge after the formal API release, with various ideas and proposals being discussed amongst Bitnation citizens.

Imagine if we could make and enforce contracts without recourse to Nation State intermediaries who may use that power to limit our choices and place unreasonable demands on our time and resources? Thanks to the Blockchain technology, we have the chance to not only re-invent governance, but fundamentally replace the Nation State. This new model was first fully articulated by Tarkowski Tempelhof in the BITNATION Whitepaper of 2014, under the name Decentralized Borderless Voluntary Nation (DBVN).

Founded in 2014, Bitnation Americas is led the world’s first virtual nation – a Blockchain jurisdiction (Bitnation) based in Belize. Choose your Code of Law and Decision Making Mechanism, write a Constitution and provide Governance Services to Citizens.

Bitnation is an organization positioning itself as the first in the world digital state that is working to become a Decentralized Borderless Voluntary Nation (DBVN) based on Ethereum blockchain technology. This operating system is made for public governance and offers everyone interested the opportunity to become a Bitnational — or, a world citizen. Currently, there are over 1000 members of Bitnation from various countries. Also in 2014, in the context of the project, the first Bitnation blockchain-marriage was registered.

What is dock.io? The Decentralized Professional Network That Gives Data Back to Its Users
COTI Code Review: Currency Of The Internet DAG
Is it legal for a blockchain based startup do ICO in India?
Refereum ICO Review
ICO Analysis: THEKEY