Chainlink believes that part of the problem with today’s smart contract is a lack of outside connectivity. They believe that a secure network of oracles can solve this problem, and this is the product they aim to present. In looking it over, we noted that it would have very specialized uses, first and foremost, and that recognition of this fact would be crucial to the investor. If you already have crypto, you can download the Exodus Chainlink wallet to exchange crypto assets like Bitcoin and Ethereum for LINK without creating an account or ever leaving your wallet. Many believe that integrating blockchains with external data – whether that is with Chainlink or not – is necessary for mainstream adoption of blockchain.

This lack of external connectivity is due to the method by which consensus is reached around a blockchain’s transaction data, and will therefore be a problem for every smart contract network. ChainLink Connects Smart Contracts to Any/All External Systems & APIs. Chainlinks on-chain component is made of oracle contracts on Ethereum’s blockchain.

Smart contract securities need data feeds about market prices and market reference data e.g. They commonly also need to pay into existing bank accounts for many of their users, which can only be done through a ChainLink that connects to the existing banking system. Oracles are the necessary middleware that provide this access/functionality to Ethereum smart contracts. With oracles, it is possible to provide programmable contracts that do payouts between two parties once certain criteria have been met, without involving a middleman.

In any case, such external inputs and the outputs already exist as APIs and data feeds. The critical issue Chainlink faces is how to integrate them into smart contracts in a way that retains most value to the end users.

ChainLink (LINK) is an oracle that’s designed for linking smart contracts with real world data. ChainLink is an ERC-20 token offering a “Decentralized Oracle Network,” facilitating trustless up-to-date data feeds that can be used to execute smart contracts. The LINK Network is the first decentralized oracle network; allowing anyone to securely provide smart contracts with access to key external data, off-chain payments and any other API capabilities. Chainlink’s decentralized oracle network provides the same security guarantees as smart contracts themselves. By allowing multiple Chainlinks to evaluate the same data before it becomes a trigger, we eliminate any one point of failure and maintain the overall value of a smart contract that is highly secure, reliable, and trustworthy.

Anyone who has a data feed, useful off-chain service such as local payments, or any other API, can now provide them directly to smart contracts in exchange for LINK tokens. Chainlink is a decentralised oracle network which allows Ethereum smart contracts to securely connect to external APIs, payment systems, and other data sources. To prevent the need for a trusted third party, multiple independent nodes collectively determine the accuracy of an external input before it is written into a smart contract. 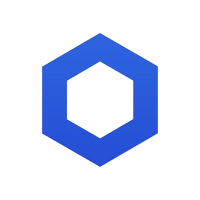 When Ethereum went live in 2015, it revolutionized what blockchain could bring to enterprise solution and traditional business. Blockchain was no longer just a medium for new age financial transaction, confined to Bitcoin’s potential to disrupt traditional currency exchange.

For example, an app like Uber uses multiple data feeds (like GPS data) and key outputs (like payment gateways) to provide convenient services for everyday use. Without the proper link to such and similar off-chain resources, smart contracts are bound to the on-chain data only. Bringing access to the exterior data would allow for a new wave of advanced smart contracts and decentralized applications. Blockchain smart contracts need a trigger to activate them which often entails the result of an off-chain event in either the digital markets or the physical world. Whoever provides the necessary result onto the blockchain to activate a contract must ensure the data is correct and trusted by all parties involved.

Sergey Nazarov is the founder and he’s already working with the SWIFT payment network on the SWIFT Smart Oracle. Since the project is a decentralized network, users can be rewarded for decentralization, trust and the immutability of using ChainLink oracle. ChainLink Smart contract securities require data feeds on market prices and market reference data, for example, interest rates.

Connecting smart contracts to “real world” data presents a huge opportunity. Without access to real world data, smart contracts are limited to use cases that only use on-chain data (data that is stored on the blockchain).

While there are oracles that already allow blockchains to access data from the outside world, they are usually centralized. is a blockchain oracle platform that connects to real-world applications and data and an API. Chainlink was initially called SmartContract and aims to bridge the gap between blockchain and legacy systems. On-chain processing includes smart contracts with parameters specified in a Service Level Agreement (SLA). Oracle data is aggregated and verified to prevent tampering, and oracles are rewarded with LINK, Chainlink’s native Ethereum token.

Making smart contracts externally aware, meaning capable of interacting with off-chain resources, is necessary if they are going to replace the digital agreements in use today. They form a consensus before returning the data to the smart contract. Also, Chainlink nodes can conduct both one-time and multiple times data retrieval tasks. The data reception can be scheduled, which turns Chainlink nodes into a sort of “data feeds” for smart contracts. The first decentralized oracle network; allowing smart contracts secure access to external data, off-chain payments, and other API capabilities.

We keep pounding it into the ground, but blockchain interoperability is the key to blockchain’s future success. Some blockchain projects resolve this issue with parent and child chains, while others use sidechains. Chainlink uses oracles, which act as agents to verify real-world data and prepare it to be recorded in a smart contract on the blockchain. Chainlink currently resides on the Ethereum blockchain and supports connectivity to other Ethereum dApps. It will soon support more blockchains, as interoperability is the focus of the entire project.

Other Chainlink partners include Zepelin_os, a smart contract development OS, and Request Network, an up-and-coming cryptocurrency exchange platform. It also partnered with the Accord Project, a smart legal contracts platform, and Bodhi, a prediction market originally launched on Qtum. As developers begin to implement their chosen smart contract, they encounter the connectivity problem; their smart contract is unable to connect with key external resources like off-chain data and APIs.

They usually also have to pay for existing bank accounts for many of their users, which can only be done through ChainLink, which connects to the existing banking system. ChainLink is blockchain middleware that allows smart contracts to access key off-chain resources like data feeds, various web APIs, and traditional bank account payments. If you’d like to operate a ChainLink Node to offer your services for direct purchase by a smart contract, we’re excited to help get you setup.

We’re forced to make a verdict mostly based on the concept of the token – that it will be in demand because the service itself will be in demand. Of course, if blockchain oracles see broader adoption and LINK is at the center of that, earning LINK for providing off-chain data to smart contracts will pay off handsomely for stakers. Currently, it is very challenging to get these data, which is why ChainLink exists. The token compensation system will both guarantee accurate data in addition to increasing decentralization across the network. Smart contracts need to interface with the data feeds, events and widely accepted payment methods that centralized digital agreements already rely on to provide value.