Home » Ethereum guides » What Are Dapps? The New Decentralized Future

In 2017 and 2018, the dominant category was DeFi (decentralized finance), like decentralized exchanges for ERC20. Now that the ICO era is over and the trading volume of ERC20 tokens is much lower, the attention has shifted to gambling and gaming Dapps. We will see more and more collectible games and other variations of CryptoKitties. Finally, Ethereum is not the only viable Dapp blockchain, and we are seeing a lot of new Dapps being launched on Tron and EOS, 2 blockchain that have gas-less transactions and better scalability.

Remember that because of the redundant nature of computation on the Ethereum network, the gas costs of execution will always be higher than private execution offchain. This incentivizes dapp developers to restrict the amount of code they execute and amount of data they store on the blockchain. Being the pioneer of smart contract mass adoption, Ethereum is a father of almost two thousand decentralized applications by right.

How To Instantly Buy Ethereum With A Credit/Debit Card

The Ethereum blockchain stands among the first platforms to introduce smart contracts worldwide. In 2015, a co-founder of Bitcoin Magazine and a brilliant programmer, Vitalik Buterin, and his team launched an Ethereum network that was aimed to help developers in building new kinds of applications.

What are Ethereum dApps?

Ethereum supports decentralized smart contracts, which are protocols that verify, facilitate, and enforce the performance and negotiation of a contract in an unhackable or transparent manner. As Ethereum works like Android, the developers are using this technology to build decentralized applications, which is boosting the usefulness and legitimacy of blockchains beyond currency. There is a growing dismay regarding centralized cryptocurrency exchanges these days.

Ethereum dapps typically interface users via an HTML/Javascript web application using a Javascript API to communicate with the blockchain. Dapps would typically have their own suite of associated contracts on the blockchain which they use to encode business logic and allow persistent storage of their consensus-critical state.

Top Dapps Which Run on Ethereum

Ethereum allowed developers from all over the world to run their Dapps on top of their platform. Ethereum developers can code smart contracts on Ethereum, which serves as the blueprint for the Dapp. Bancor is a market maker that allows users to exchange ether and a growing number of ERC-20 tokens – 100 as of this week – but unlike a traditional exchange, it does not match buyers and sellers. Instead, Bancor’s protocol aims to provide liquidity between different ethereum-based assets using “smart tokens,” which Bancor sayscreate a “built-in liquidity mechanism” through smart contracts. Ethereum is blockchain technology, with a unique smart contract system, that is driving the decentralized application market built on the blockchain. 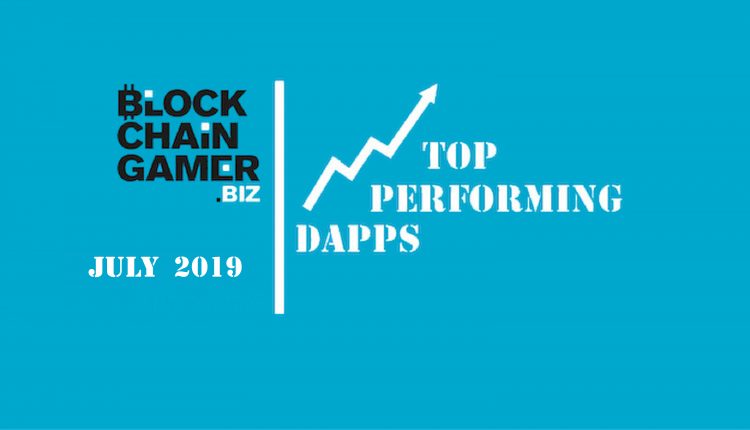 Proposed by Vitalik Buterin in late 2013, Ethereum has gone on to become one of the most important blockchain protocols. Dapps ranging from exchanges, gaming, gambling, and more are built on this platform known for pioneering smart contracts. Believe it or not, only three of the top 50 decentralized apps (dapps) are running on the Ethereum ETH blockchain, according to data from DappRadar. Instead, developers seem to be largely relying on competing platforms like EOS and TRON.

IDEX is the most popular dApp on the Ethereum network, primarily because of its DEX-oriented approach. With 817 users in the past 24 hours and nearly 7,000 transactions, there is some notable growth.

Best DApps On Ethereum Platform That You Can Use Right now

Cryptokitties, a decentralized exchange (DEX) IDEX, 0xUniverse, and many other dApps built on Ethereum have paved the road for current applications. Ethereum is a stable and convenient platform to launch a decentralized application yet there is one huge disadvantage.

It also notes the most volume over the past 24 hours with 5,830 ETH. A Turing complete, smart contract platform which allowed the creation of DApps (decentralized applications) and DAO (decentralized autonomous organizations). Plus, Ethereum has extensive developer support and public’s trust. Also, writing and executing code on Ethereum has always been easier and uncomplicated.

5 Best Use Cases of Ethereum Smart Contracts
Here’s Why Interest Rates on Cryptocurrencies Could Be a Game-Changer
How long on average does an Ethereum transaction take?
Best Cryptocurrencies To Mine
Will Ethereum Overtake Bitcoin?